Crimes Against the City 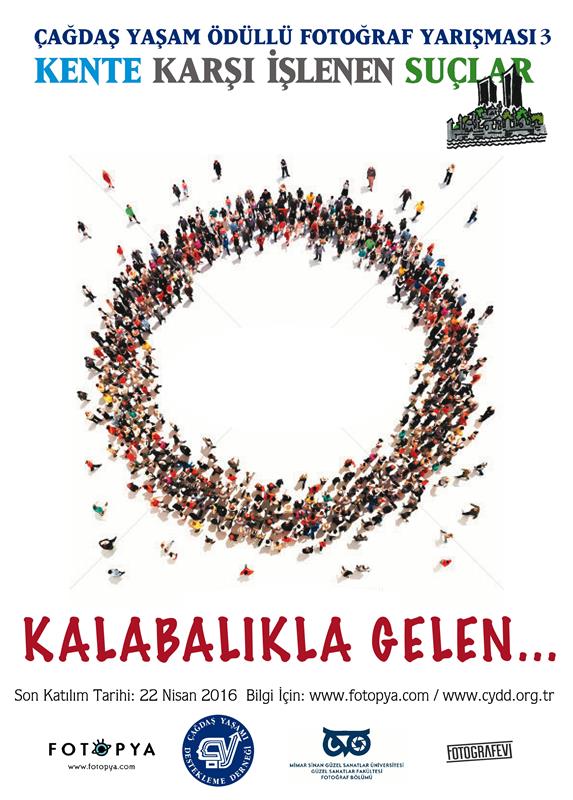 Profiteering politics with their lawless and unplanned development policies that defend blind faith instead of science and personal gains instead of public interest have made life in the city unlivable for all of us.

Authorities should realize that taking haphazard decisions has nothing to do with democracy and should abandon all policies that lead to lawless urbanization. They should take measures to turn our cities into peaceful, uncrowded and civilized habitats.

Development policies in our country unfortunately do not aim the development of the society but focus on more potential votes and profits.

built against all urban sciences,

without trees, parks and greenery

where people can no longer  live.

Due to unending conflicts and wars in our neighboring countries, immigrants that had taken refuge in our country temporarily, have now moved to our already crowded cities begging in the streets and disturbing the safety and peace of our streets. City-dwellers have become intolerant and bad- tempered people and no longer act as fellow townsmen.

Congestions at the underground and bus stops,

Flood of people on the streets,

Queues in front of hospitals, municipalities and other public buildings,

We have thus chosen our title of our photography competition this year as “…COMES WITH THE CROWD” to draw attention to the above and create awareness about the problem.

The competition this year too is in honor of environmentalist, journalist , Architect  OKTAY EKİNCİ who has named the project “Crimes against the city”.

We, as ÇYDD and Fotopya , await your participation to the competition organized on-line.

DEADLINE is April 22,2016 For more info:www.fotopya.com

(Photographs sent after 24:00"will not be admitted)

Awards Ceremony and Exhibition details:  The date and place will be announced through Fotopya Art Portal along with the competition results

The winners and the winning photographs will be announced on websites of Fotopya-Mag, Yaratıcı Rönesans, facebook and twitter.

There is no restriction on the number of photographs that can be sent to the “Crimes against the City“ competition.  One photograph can be uploaded to the www.fotopya.com.tr   website every day until the last admission date.

The photographer agrees to send the minimum 6MP original file, latest in 4 days to kalabaliklagelen@gmail.com should his/her photograph receive an award. (in 2000x3000 pixel   or  taken with a 6MP camera)

Photographs should be prepared as they should appear in the exhibition. Photographs can be cut.

Exhibited photographs will bear the photographer’s name. If the original files do not arrive in 4 days, the award will be transferred to another contestant.

If the photographer is younger than 18 years old, she/he should send a scan of the school id to kalabaliklagelen@gmail.com.

Usage of the award winning photographs by Çağdaş Yaşamı Destekleme Derneği and Fotopya :

•             The award winning photographs will be exhibited after the competition in Fotopya Photography Art Portal and in locations specified by Ç.Y.D.D.

•             Participants who do not receive their awards within three months will lose their rights.

•             Photographs loaded during the participation period will be checked by Fotopya editors at specific intervals and photographs not complying with the terms will be disqualified .Fotopya is not obliged to make a statement in such cases.

•             If there are any complaints about an award winning photograph, to enable Fotopya editors to investigate, the owner of the photograph should carry out all requests of the Fotopya editors (such as raw or uncropped photos or Exchangeable image file format (Exif)). Complaints will not be considered after the award ceremony.

•             Participants guarantee that the photographs sent belong to them and that all necessary permissions are taken. If it is understood that an award winning participant did not act accordingly, his/her award, title and any other gain is taken back.

•             If a participant falsely declares an photograph as his and tries to mislead the jury, that participant will be banned from all competitions according to Federation of Turkish Photography Art (TFSF) rules.

•             Photographs previously winning other awards can be sent to this competition. There is no restriction from this aspect. However if there was a similar restriction at the competition when the award was received, then they cannot send this photograph during this period of restriction.

•             Participants can send photographs that have previously been awarded.

•             These terms are accepted by all participants sending photographs to the competiton.

We wish success to all participants as  ÇYDD  and Fotopya family .