We Stand Together With the Women of Afghanistan 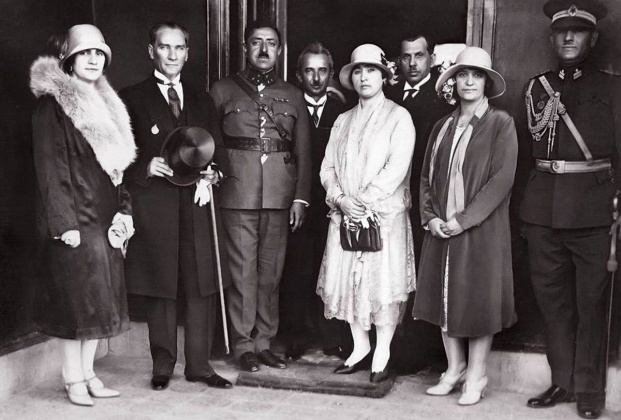 The Republic of Turkey and Afghanistan formed close ties in recent history as
Afghanistan fought for its freedom when Turkey was fighting its War of Independence
and as the country took example from Atatürk’s reforms. We are shaken and saddened
by the situation the Afghan people find themselves in today.

Getting hold of the state by extraordinary means with the use of weapons and violence
and the transgression of human rights beginning with taking away the rights of women
and children should necessitate the unacceptability as ‘state authority’ of the
perpetrators according to international law.
What needs to be done is to hold safe and fair elections and look for ways to form a
government that is respectful of human rights.
Afghanistan was held under siege by imperialist forces for years. The country couldn’t
modernize and its natural resources were exploited. The women lived with heavy
restrictions and responsibilities by being citizens of a country of inequalities. Now with
the Taliban taking over the government, women will not have the right to receive an
education or to work. They will have to cover themselves up in burkas. We are learning
from news agencies that women and girls will be forced to marry Taliban soldiers and
maybe even get killed for not complying with orders.
The situation is shameful for humanity. The women of Afghanistan want to preserve
their rights and freedoms established from birth. We stand by them!

Modernization, enlightenment, citizenship rights and the notion of national identity are
attained over long years and they must be closely guarded. The events transpiring in
Afghanistan have once again shown us the undeniable significance of the Great Atatürk,
the founder of our own state, and his reforms. Civilization is like a river. Forcing its flow
the wrong way will only bring big destruction and suffering.
Societies cannot develop and produce if their women are not free and happy. They will
lose their future.

Turkey and all the states of the world, all international organizations must hear the
voices of the Afghan women. Infringement of human rights must be prevented.
We respectfully declare.