The Fight for Women’s Rights 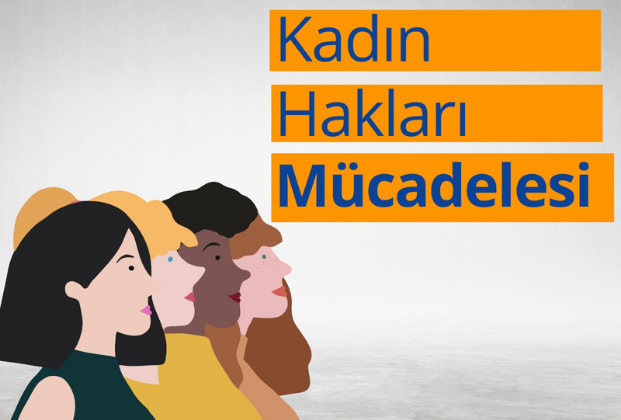 On November 25, The International Day for the Elimination of Violence against Women, we talked about the hundred year history of the fight for rights.

The fight for women’s rights has been going on for over a hundred years internationally and in Turkey.  Since the day ÇYDD was founded we have been working all over our country with our 118 branches to bring equal opportunity in education especially for girls and to bring gender equality through education in general.

Our Association aims to reach its goal of a contemporary society through a contemporary education system and opposes all forms of violence against women.

On November 25, 1960, in the Dominican Republic, the Mirabel Sisters (Patria, Minerva and Maria Teresa) were killed as a result of being targeted by the dictator Trujilio.

In 1999, the day the three sisters were killed was designated The International Day for the Elimination of Violence against Women.

1967 Declaration on the Elimination of Discrimination against Women (DEDAW)

This declaration formulates the general stance of the UN on women’s rights and calls for equality in the public sector. It is a precursor to the CEDAW Convention.

Turkey became a party to this Convention by signing it in 1985. In CEDAW the specifics of women’s human rights of equality and social non-discrimination of women are clearly explained in detail. Article 12 and 19 are about the prevention of domestic violence and violence stemming from gender discrimination in society.

1993   Declaration on the Elimination of Violence against Women   (DEVAW)

This is the first legal international agreement that clearly accentuates violence against women and brings a plan to eliminate this violence. As a follow up to this declaration, November 25 has been declared The International Day for the Elimination of Violence against Women.

1994 Convention of Belem Do Para (Belém do Pará)

This is a convention signed in the Americas and it opposes violence against women and criminalizes sexual violence.

The Protocol to the African Charter on Human and People’s Rights on the Rights of Women in Africa, in short the Maputo Protocol is an international human rights instrument.  It guarantees comprehensive rights to women including the right to take part in the political process, to social and political equality with men, improved autonomy in their reproductive health decisions, and an end to female genital mutilation.

The Istanbul Declaration is the second legally binding instrument in the international fight to bring an end to violence against women. It defines the obligations of the signatory states to eliminate violence and domestic violence.